Pororoca is a word in tupi-guarani for the encounter between sea (Yemanjá) and river (Oxum). The installation celebrates the visit of the Priestess of Oxum, Princess Adedoyin Olosun, resident of the sacred forest of Osogbo, Nigeria, to Salvador, Bahia, Brazil. The priestess was received by several houses of the traditional religion of orishas, where the connection between Brazil and the Yoruba culture is updated.

This project started during a two months residency in Salvador, at the Vila Sul, Goethe Institute. The result was awarded the Prêmio Foco Prize, at Rio de Janeiro's art fair, curated by Bernardo Mosqueira. 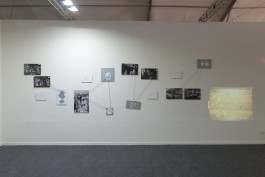 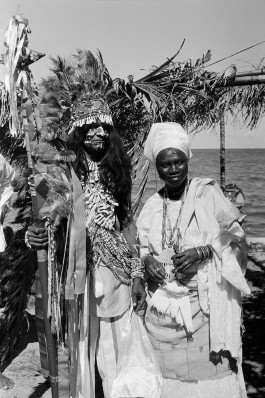 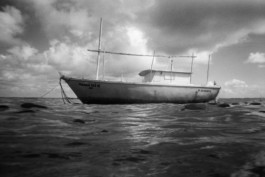 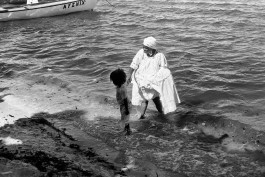 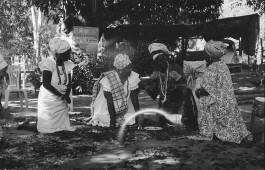 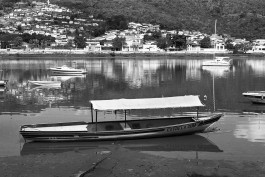 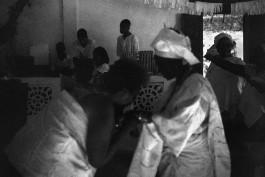