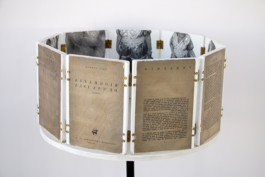 When I arrived in Cuba, it was 2 January 2019. Of course, the contrast between winter in the northern hemisphere and the heat of the island had made me more sensitive, but it was also the first day in power of the backwards government that had been elected in Brazil. The socialist phrases on Havana’s streets brought me some comfort, they were poetry: “Brillamos con luz propia” (“We shine with our own light”), “Trincheras de ideas valen más que trincheras de piedras” (“Trenches of ideas are worth more than trenches of stones”). These hand-painted messages were so powerful compared to professionally printed advertising hoardings.

In search of more phrases that would feel like a hug, I visited a lot of bookshops, new and second-hand. Near the central neighbourhood I was staying in, with the poetic name of Miramar (“Seaview”), I stumbled across a clandestine library in a house with a garden, a hostel. I went in through the open door and before I knew it, I was rummaging through books in English, hidden like treasure. I started leafing through something by Paul Auster. There were a lot of other detective stories. The feeling of seeing a worldwide bestseller censored was confusing, it was rebellious, it was strange.

Cuba has an ambiguous relationship with reading and art. Everything published locally is state-financed, a blessing, but also a form of control, of censorship. I listened to protests and complaints by local artists and writers. I was invited to anti-government meetings at artists’ houses, but I didn’t feel like taking part. I understand that systems can be flawed, but my fight is anticapitalistic, and this was too upside down. I preferred watching secretly. Living on another continent, I have learnt to see macro-politics happen in front of me without being able to take it with me.

In the state bookshops, I found a lot about Fidel, Che Guevara, José Martí, Carlos Marx (!) and all kinds of books about orishas. Everything very cheap, the books are born paid for. I preferred exploring these official readings, an official story backwards, the world’s other face. This was more my rhythm than the New York Trilogy that, understandably, fascinates the island’s inhabitants.

In Miramar itself, I discovered a house with another second-hand bookshop on its veranda. Nothing but books with yellowing pages, the official books of old. I found a text by Emil Ludwig from 1948, Biografía de una isla, Biography of an Island. I had never heard about the author or the book, but picked it up and began reading the preface: it was the story of an indigenous Cuban awoken by a tourist who finds himself in a display case in a museum in central Havana, after almost 500 years as a mummy. After waking up, he begins walking the streets and describing the changes he sees. One of the indigenous leaders in Brazil, Aílton Krenak, suggests that a way to delay the end of the world is by continuing to tell stories. This speculative prelude about an aspect of Cuba’s origins brings together socialism, science fiction (the tourist is a scientist who injects an experimental substance into the mummified indigenous Cuban to wake him) and a critique of the expansionist colonial project to conquer territory at every cost.

The introduction ends with the phrase “Y desapareció” (And he disappeared), referring to the disappearance of the indigenous all of a sudden, turning a corner. This sudden disappearance could refer to the genocide carried out against the native peoples of the island, if we want to expand its meaning. It also contains a certain phantasmagoria, the character is gone, but it leaves a fantastic weight in the air, as if the customs, philosophies, knowledge of indigenous bodies still somehow inhabit that place in their urban descendants, in small acts like bathing more once a day, preparing cassava, gestures that repeat a past from the unconscious. Spectres differ from ghosts because they keep circling, as if they hadn’t yet crossed over.

I linked this story of disappearance to a sense of transformation, from being one to becoming another, of the Santera Raiza in San Miguel del Padron, who I visited weekly. It was part of my everyday life to take a guagua to Virgen del Camiño and change to a shared taxi close to her house. Taking biscuits and spending the afternoon in conversation, getting to know her neighbors who passed by every now and again. We were talking about food for the oriṣas in Cuba, where everything, including offerings, has been adapted because of a lack of variety in material resources.

She told me about her initiation process for Yemọja that was 34 years before. There were two initiation outfits: one for the gala and one for the “almuerzo” (lunch). The evening dress would only be worn twice, on the day of and on the day she dies (even if it is only laid over the body, if it no longer fits). The almuerzo costume can be used many times over the course of life, and many people even use the fabric to make other clothes. Eager to show me one of the gala dresses, Raiza borrowed one from a neighbour, as she couldn't wear her own. She put on her royal blue dress, which is Yemọja’s favourite colour in Cuba, and started dancing in her living room, to the sound of drums, until she, too, disappeared. 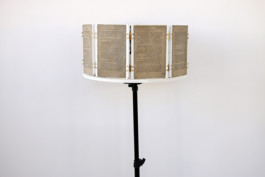 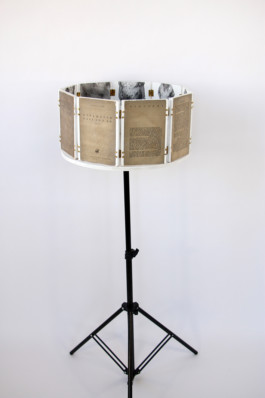 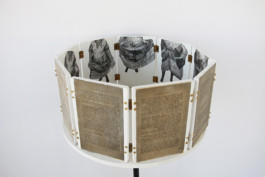 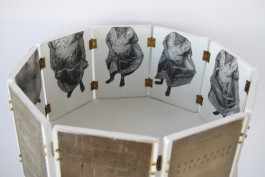